How To Make Money With Game Microtransactions 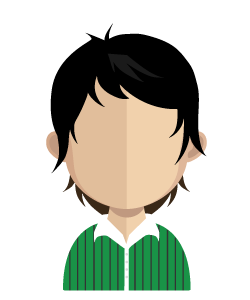 Hello, my name is Jorgi Grimwell. Welcome to my website about technology. When I was a kid, technology was just on the rise with the development of personal computers and the internet landscape. Since then, it seems that technology has quickly become more sophisticated year after year. Walking around with the internet in your pocket was just a dream when I was growing up, but is now a fun reality today. I will talk about the development of technologically advanced items on this site to help everyone understand their history and future. Please feel free to come by my site daily to learn more.

How To Make Money With Game Microtransactions

Do you have an idea for a great game, but have no idea how to monetize it? Have you put an app in one of the many app stores for Android, Apple, or Microsoft devices, only to get a few sales from first-time purchases? The world of gaming has expanded to a general pastime, and being a video game geek is a much more accepted--to an extent--way for your potential customers to get the gameplay they need from you as much as possible. Here's an overview of video game microtransactions, how they can help you, and how to avoid a few common pitfalls:

In tradition video game purchases, customers pay only once. You buy a game and have nothing else to purchase for that specific game.

Online games such as Everquest, World of Warcraft, Final Fantasy 11 (or the newer Final Fantasy 14) took things a step further by introducing expansion packs. When these games began, there was a whole world of gameplay with other players online. Expansions usually bring in new worlds to explore, new abilities, and other new content all while continuing with the same game account.

These games often had monthly subscriptions, which had mixed reviews with gamers across the world. Although games like World of Warcraft and Final Fantasy boast millions of subscribers, there were still tangible groups of people who refused to pay a subscription for a game they paid for once.

Microtransactions created yet another way to deliver revenue. Companies could either charge a single box fee and no subscription or charge nothing at all to get started. To make money, in-game shops (also known as cash shops) with items that can be purchased with real money--or sometimes points that are a lot harder to earn compared to the money spent--are available for players.

Something as simple as offering digital goods for real money still had an effect on gaming communities. Depending on what types of items you sell in your cash shop, you could have a vastly different type of customers and critics.

The major divide in microtransactions is whether the cash shop items have an effect on the game or not. This brings in a concept called "pay to win", where a player could technically buy lots of items in the cash shop to either make in-game money, save their in-game money for other important items while buying some things with real money, or completely bypass gameplay to earn important items with real money.

The ability to purchase power may excite some people, but it could scare off people who realize that their only chance at power is to use their real life money. It's not so simple as attracting only rich players; this assumes that you can guarantee a certain amount of players with a certain amount of money that will care about your game enough to stick around. This also assumes that the richer players won't simply get bored.

Some games only sell cosmetics, such as video game character costumes or special effects that don't affect player power. Others may only allow the most basic in-game items to be purchased, which still affects gameplay to some extent, but not enough to offend most players.

Contact an app development professional to find someone who can not only make your game but discuss the ways that microtransactions could help or harm your specific idea in the long run.